skip to main | skip to sidebar

I got this e-mail from my best friend last night. This event is being held in Cardiff on Friday night. This handplane along with another will be there for the silent auction. Having three young kids that are all around Max's age, I can't even imagine what this family is enduring. I believe all are invited so any help would be greatly appreciated. Here is the e-mail....

A friend of Kaden's who was on his soccer team and in his Kindergarten class can really use your help. His name is Max and he is fighting an extremely rare and aggressive cancer known as stage 4 rhabdomyosarcoma. His insurance is quickly approaching the lifetime cap of $2M. You may have seen the banners around town for the Mighty Max Event this Friday, October 22nd from 5 to 10 PM (see attached flyer) at the Cardiff Town Center.
I am inviting all of you to please attend and would take your support as a personal favor. 100% of the revenue from the donated proceeds of this event will be used to cover the ongoing monthly medical cost that is not covered by his insurance. This is really hard, watching this little guy go through chemo and he is fighting soooo hard! We don't realize how fortunate we are to have healthy kids until something like this hits close to home. So please come out and have dinner, a drink, or just buy something. It all helps. Hope to see you there.

Don't be shy about sharing this flyer. 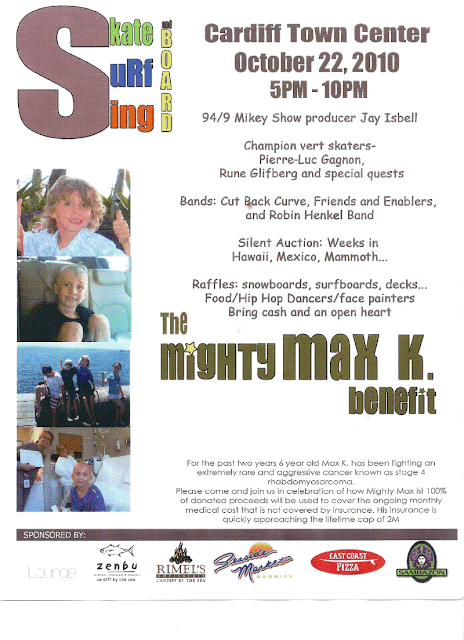 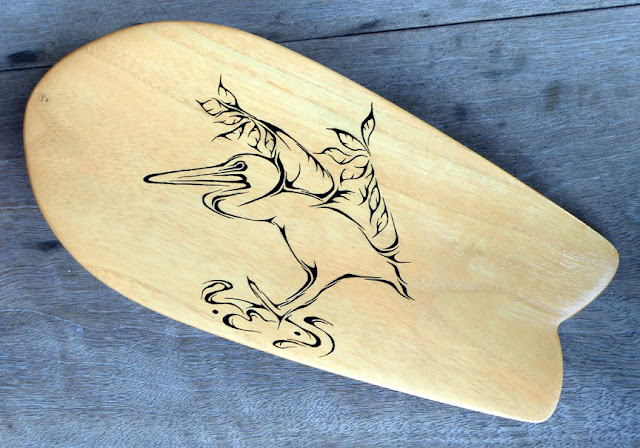 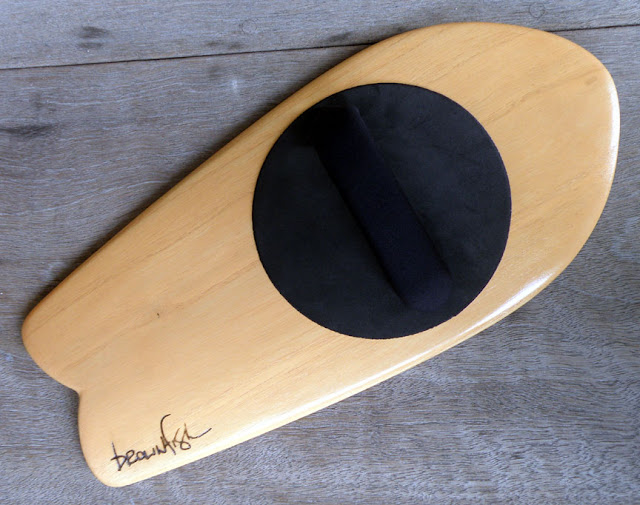 Posted by brownfish at 8:02 AM No comments:

I haven't shaped a surfboard now in almost a year.  My time in the shaping room has been relegated to making handplanes.  I am not complaining, not one bit.  I do miss having the time to shape surfboards though.  The handplaning business has been doing real good.  So good, that I went through my last 10 Paulownia blanks before my new shipment of Paulownia arrived.  I even ordered my next shipment, the day my last shipment was sent.  So, I am currently out of wood.  I can hear the jokes now, so, no need to post em.  My next shipment of 20 Paulownia blanks should be arriving friday, with another 50 blanks being milled right now.  So, should have enough wood to last a while.  During this down time, I figured I would shape myself a surfboard.  I've got about 5 blanks sitting on top of my shaping bay, just frothing to meet my planer. It will be a summer board.  I am thinking 5'7 x 19 1/4" x 2 1/4".  Something of a blend of the "Mushbuster" I shaped for myself last summer and my current Tomo that I love so much.  Thinking about putting a Robert's screwdriver tail on it, like the Roberts pictured below.  Set up as a quad, but I think I'm gonna have em throw in that 5th box, just for kicks.  Lokbox of course.  Gonna try the new shorter boxes that Lokbox is now making.  Here are the three boards that I plan to blend. 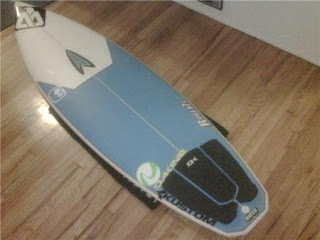 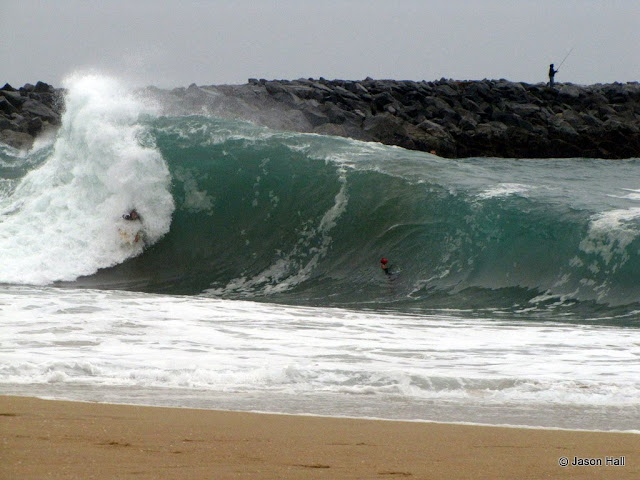 Posted by brownfish at 1:24 PM No comments: 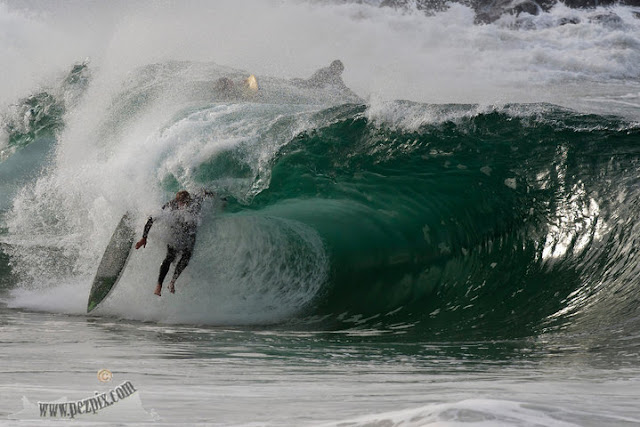 So far the best artificial reef footage I have ever seen.  I've know a couple places that could really use one of these, or, hell, a bunch of em.  Wonder what the sustainability of these things are.  Anyway about it, it's a step in the right direction. 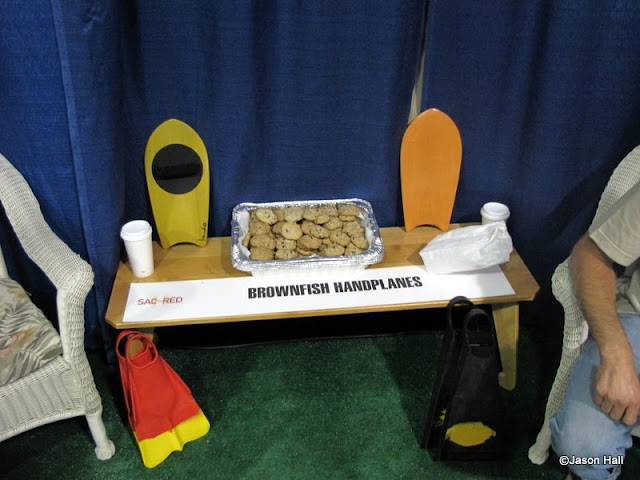 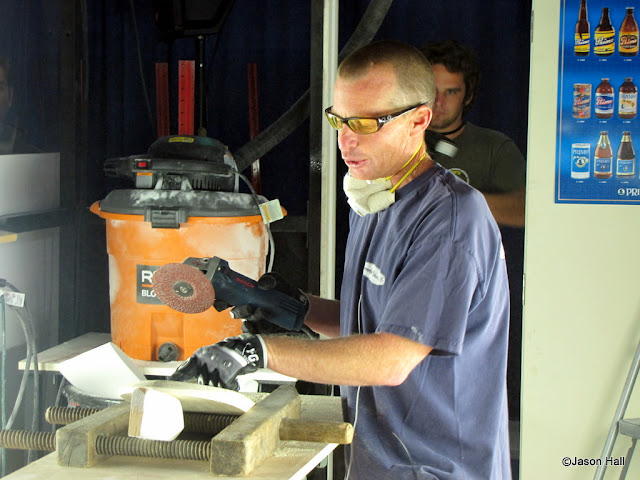 I hate to steal from a post over at the ERBB, but, this is some of the most unreal, well at least different, surfing I have seen in a long time. The vid will be gone in a few weeks at ERBB and lost into who knows where. Man that stoopid place needs a better search engine. But, the vid will be here for quite some time. Regarding the vid, in most cases, I'm almost convinced that the spins he is doing is more for function than other. It seems whenever he starts to lose hold, ie. spin out, he turns it into a spin until he catches an edge and continues down the line. Pretty neat stuff if you ask me.

Brownfish Handplanes will be having a booth at the Sacred Craft Expo this coming weekend, April 10 and 11, in Ventura. I will also be shaping a Handplane in the Shaping Bay at 12:30pm on Sunday. Feel free to stop by and talk handplanes or anything else on your mind. If I've shaped you a handplane in the past, would love to hear your stories. Please introduce yourselves. As Handplanes aren't the most cumbersome objects, I will have some comfy chairs to rest your feet after perusing the other fine craft on display at the show. My wife will also be making some homemade chocolate chip cookies for any of you that are into that kind of thing. The event will be held at the Ventura County fairgrounds. Hours are 10am-6pm on Saturday and 10am-4pm on Sunday. Hope to see you all their. 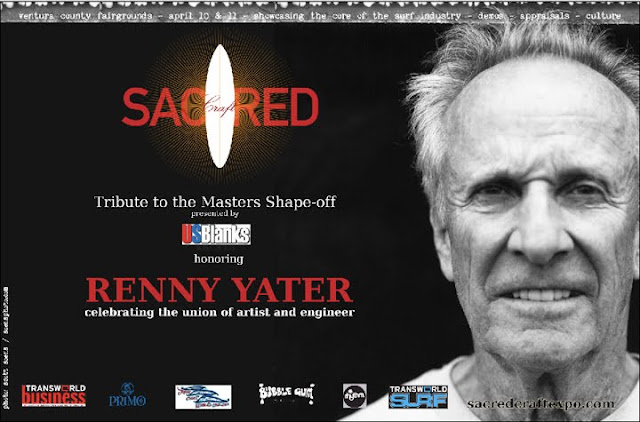 Posted by brownfish at 12:22 PM No comments:

I've always been pretty good at most things I've tried in life, BUT, I've never been a very creative person.  I've watched people all around me with this incredible creative zen.  My wife's a good example.  They throw these great, creative things together with so little effort.  Then stress about if it's good enough.  But me, not so much.  When I started making surfboards as a hobby, thats pretty much what it was.  I wanted to learn to make them myself.  To test not only my creativity, but also my focus.  I usually hang in thier for about 80%, but then somehow loose focus on the rest.  When making surfboards, that last bit of focus it what really counts.  My woodworking and shop tool skills hit their plateau in 7th woodshop.  Since then, I could cut a piece of wood if I had to, or rig something up real good, but accuracy was never quite my specialty.  So, it's surprising to me to occasionally get, or find, pictures of stuff laying around that I made for others.  Kind of fulfilling.  Here is a pic I found today of a board and handplane I made for some kind people in the past. 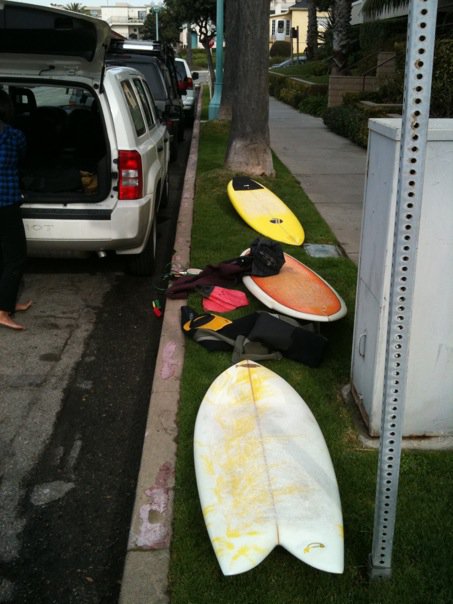 I have finally gotten around to getting pictures of all the specific models I am making. They will are available for custom order now. South Coast Windansea Surfshop in Pacific Beach, CA should be getting thier first run of boards in less than two weeks. Surfy Surfy Surf Shop will be opening on May 1st in Leucadia, CA. They will also have stock boards available. Both shops will have a demo if you are interested in trying a Handplane out. Check em out at Brownfish Handplanes to review the models and more pics. Thanks for all your support and have a great week. G 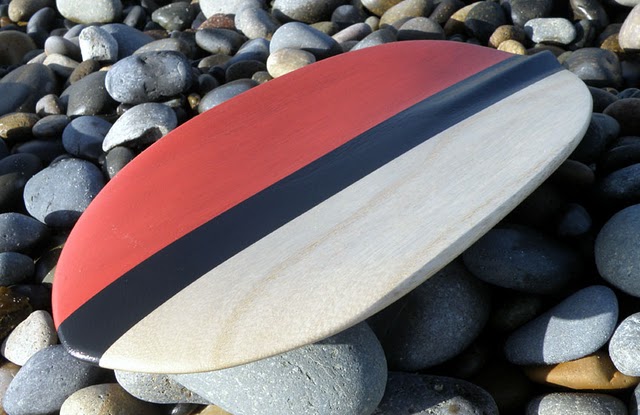 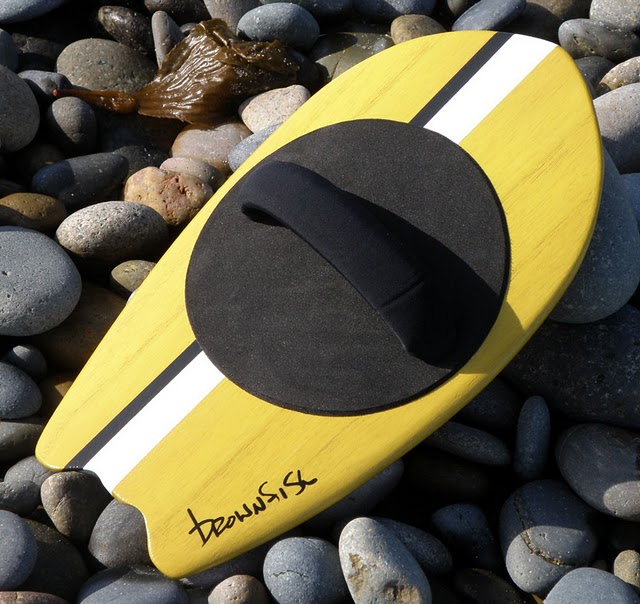 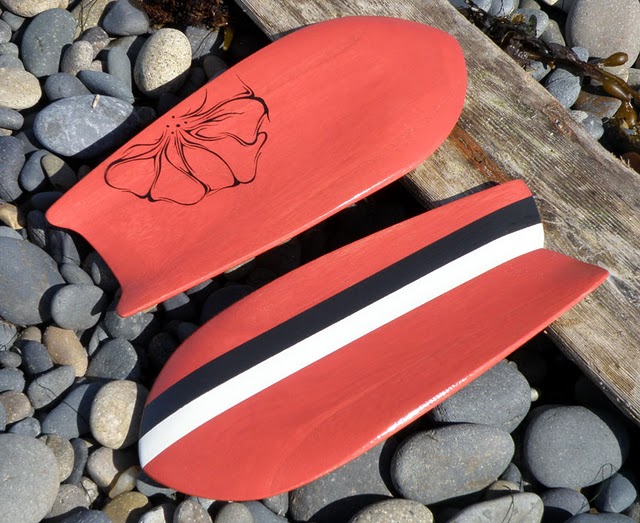 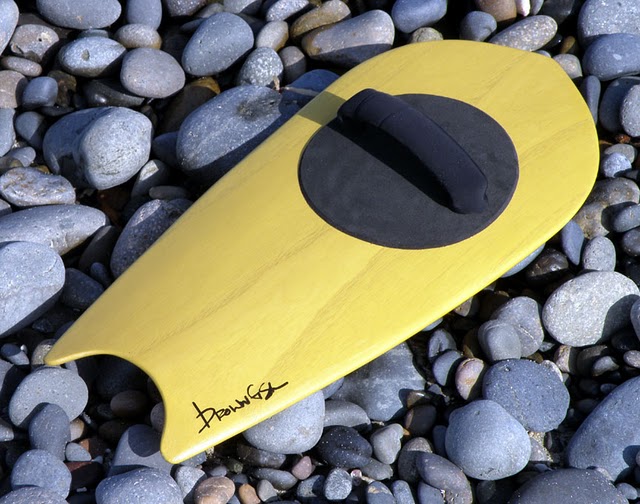 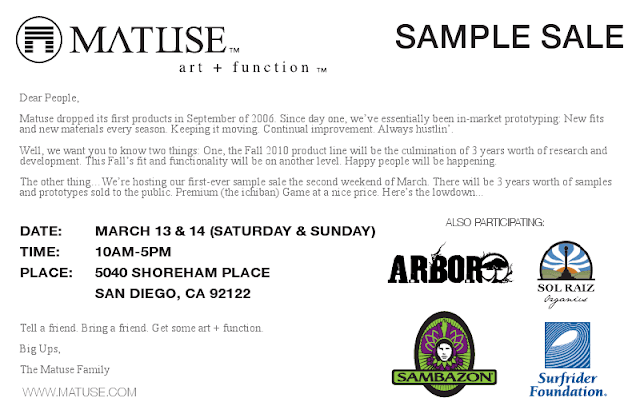 Posted by brownfish at 12:45 PM No comments:

I grew up camping.  Well, I guess thats not necessarily true.  My parents took us kids camping at the Colorado river once when we were kids.  Got us set-up real nice like, next to a mosquito swarm.  We lasted one night, got bitten to hell, and were out of thier.  That was the last and only camping trip I went on with my parents.

When I started surfing, my friends and I used to go camp at the state beach campgrounds.  As long as you brought a note from your parents, you were good.  Not sure if that is still the case, but, we had some fun times.  Rob Miller drunk under the staircase at South Carlsbad, is probably the highlight of those trips.  Surf was always good, or, I just didn't surf well enough to realize what was good, and what wasn't.

Those trips progressed into lots and lots of camping trips to Mexico in my 20's and early 30's.  Seems every other or third weekend I was heading down.  Even got to the point where I was partners on a trailer about 4 hours in.  Man, those were some incredible times.  I can honestly say, that, on those trips, the surf was fun.  In the end though, surfing is just a bonus.  It's more about the adventure.  Getting away.  If you get some surf on top of that, well, that just makes it that much better.

It's finally getting to the point where taking the kids camping is enjoyable.  They are old enough now where they can somewhat, take care of themselves.  Prior to now, camping was more of a chore than fun.  Constantly on the run, constantly watching, constantly worrying.  We'd get home from a camping trip and feel completely exhausted.

We've got a good percentage of the next 4 months set up with camping trips.  One about every 3-4 weeks.  Going to the desert during the flower bloom in early April.  Ventura in April.  Yosemite in early May.  Plus a few other one nighters dispersed between.

Our season was supposed to start off at San Elijo in two weeks.  An easy, close trip to get the season rolling.  I had planned this trip about 6 months ago.  You kind of have to.  In order to get a good spot at San Elijo, you have to be on the internets at a certain time, six months in advance.  I had the perfect spot picked out.  I've eyed that spot my whole life.  Always wanted to be sitting at the end of the cul-de-sac, facing the left.  Basically a chain link fence separating you and the water.  Spot 62.  It's always taken.  The most in-demand spot in the park.  I have never got to camp in it, or even around it.  Those cul-de-sac spots are hard to come by.  Last year or the year before, they closed down spot 63 due to it somewhat falling into the ocean.  A safety hazard.  They made it much smaller, and turned it in to a bike/hike spot.  So, six months ago, I sat at the computer, all logged in and ready.  The time came and I furiously started hitting buttons.  I FUCKING GOT IT.  Two nights, starting Friday, March 19.  Perfect way to start our camping season.  I was stoked.

I've watched all winter long.  The storms.  The waves.  The rocks.  The wall that protects the campground.  All slowly deteriorating.  I just got the call. Reserve America.   Spot 62 has now been closed forever, due to safety concerns.  Not only that, they can't even get us into the park that weekend, or any other for the next six months.  Sure we can show up and hope somebody cancels, but, thats alot of work with three little ones.  Yea, they are gonna give us a full refund, but, once again, I am left wanting... 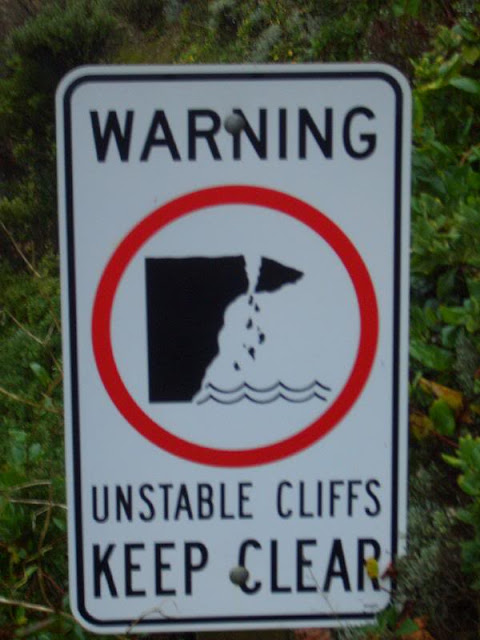 I have had a lot of support over the last few years. My wife being first of course. Good friends, both that I grew up with, and have met over time. Even some good internet friends. Yea, sounds kinda wierd, but, I have to admit, I've met some pretty quality people that I woulda never come in contact with, had it not been for the internets. The guys at Matuse have also done a shitload for me. I met them through a mutual friend and since then our relationship has been great. Recently they have done a few new things to add to their wetsuit line. They have so graciously become my first retail account for Handplanes. I am building an exclusive model just for them. They also have Jon Wegener, of the Wegener Family fame, building Alaia's for em.  If you haven't checked out their site, they've got all kinds of new stuff going on. New downloads, news, press, and a pretty incredible selection of Video's that could keep you pretty busy for an afternoon. Check it all out at: 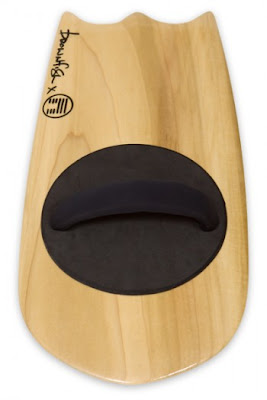 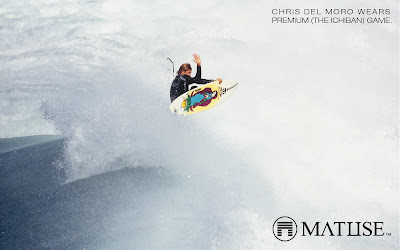 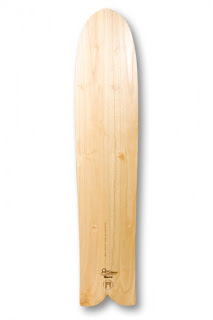 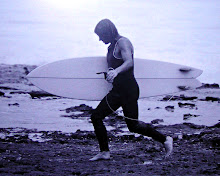 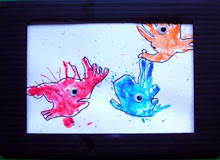 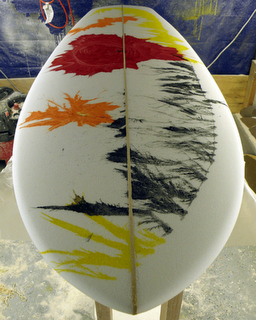 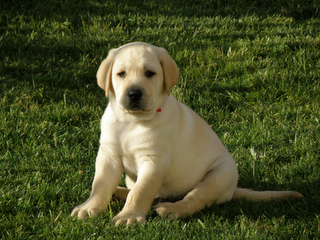 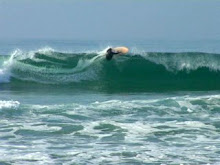 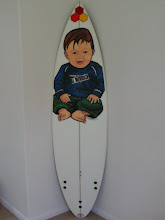 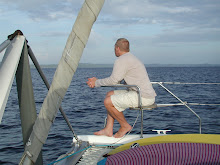